So It WASN'T Cancer that killed Robin Gibb of The Bee Gees
.
Please Be Sure To
Tweet My Blogs
To Spread The Facts World Wide
To Give Hope & Information

Robin Gibb’s Death: Cancer Not the Culprit After All?

In the end, it wasn't the Big C that felled Robin Gibb, according to his son.

Robin Gibb with son Robin-JohnRobin-John Gibb, 29, has emerged from mourning to correct reports that blamed liver or colon cancer for the Bee Gee's death on May 20. Gibb's long battle with cancer was referenced in the statement his publicist released to press following his passing. "It wasn't the cancer that killed my father; those reports are wrong," the son told England's Daily Express. "Dad had actually gone into remission and the cancer was completely unrecognizable; it was too small to detect. No scan could see it. He actually died of kidney failure."
This may help explain the disparity between the late singer's extremely optimistic public statements about his cancer in February and the ill health that beset him in March... a dichotomy that might have made other patients worry that if Gibb's cancer could take such a dramatic turn, then maybe theirs could too.
In early February, Robin Gibb told the BBC that he'd had a growth removed from his colon, which "is almost gone and I feel fantastic. Really from now on, it's just what they could describe as a 'mopping-up' operation. I am very active and my sense of well-being is good." How he went from that sense of well-being to a coma in April and death in May confounded fans. Had he been in denial about the extent of his cancer, or was its progression really that reversible and deadly?
Neither, according to Robin-John. The kidney failure was a separate condition -- although one no doubt exacerbated by the toll the cancer and its aggressive treatment had taken on Gibbs' body.

The GibbsesThe Daily Express described Robin-John as "frustrated" about differences between doctors about how to treat his father in his final weeks, and he expressed unhappiness with the decisions taken by the hospital staff. "At the end there was a divergence of opinion... They had totally different approaches. The (hospital's) CCU staff started treating him palliatively, while his main doctors wanted to reduce all the sedative medications so he could fight... In the end the decisions were made by CCU. I wanted dialysis and CPR. They said it was futile because he was a Stage 4 cancer patient."
The son told the newspaper that his father had appeared to be doing well until three days before his death, when he suffered a seizure. "He was then dosed with sedatives to deal with the side effects of his chemotherapy and his liver just couldn't process them. He deteriorated to the point where it started to affect his kidneys as well. Basically, my father died of kidney and liver failure. It was a really sudden downturn." 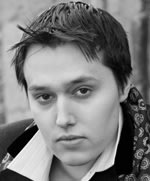 Robin-John GibbRobin-John described the moment of his father's death as "peaceful and dignified," with "no theatrics. It was only later that I cried and cried." At Gibb's deathbed, "I was cradling his head and holding his right hand, and my mother was holding his left. I gave him a kiss and made way for (brother) Spencer and we both held his right hand. We watched him go and told him we loved him." A half-hour later, after medical staff had left, the family returned to visit the body one more time. "One of my favourite Bee Gee songs, 'I Started A Joke,' has the line: 'I finally died, which started the whole world living,' and I played it on my phone, put it on Dad's chest and we sat together," he told the paper. "I'd tried to hold it all in until then but that's when I bawled like a baby."
The private funeral service in Oxforshire has been put off till June. A de facto public memorial will take place when "Titanic Requiem," c0-written by the father and son Gibbs, is performed in Rome on June 23.
Another British newspaper, the Sunday Mirror, reported Sunday that Gibb had given the mother of his "love child" a lump sum payment of 4 million pounds (or about $6.4 million) a few months before he died to provide for the care of their 3-year-old. Claire Yang, the former housekeeper for Gibb and his wife, gave birth to Snow Robin in 2008, and the singer is said to not only have acknowledged the paternity but even provided Yang a house, which was reportedly transferred into her name shortly before Gibbs' death.

I just want to say sorry for copping out at times and leaving Lee and friends to cope!
Any help and support YOU can give her will be hugely welcome.
I do make a lousy patient!
.
If YOU want to follow my fight against Cancer from when it started and I first presented with symptoms see The TAB just below the Header of this Blog. called >DIARY of Cancer< just click and it will give you a long list of the main events in chronological order.
.

Thoughts and comments will be in chronological order in the main blog and can be tracked in the >ARCHIVE< in the Right Sidebar. You may find the TABS >MEDICAL LINKS< and also >CANCER LINKS< of help.
.
YOU are welcome to call me if you believe I can help in ANY way.
.